By David Alexander and Rivka Alexander-Yahich

Although the date of the wedding is unknown, Lea Meschoulam’s first marriage was arranged by her family in Constantinople. She was widowed soon afterwards. Her second marriage – to Josef Jahisch, the man she had always preferred – was probably in 1912, and was certainly not arranged. To avoid scandal and family disapproval, the couple departed for Alexandria, where their son Muis was born on 6 August 1913.

Josef found no work in Alexandria. When they heard from Lea’s brother Isaac that he could find a job with a Greek tobacco company in Berlin, they set off once more. They arrived in the night of 1 January 1914. Fireworks were exploding all around. What kind of town was this, they wondered – a place of constant celebration?

Muis was nearly four months old. It is not known whether Josef found the job he had come for, or how soon the family settled at Ohmstrasse 1. But one thing is certain: they had arrived just in time for the First World War. Within two years, Josef had been given a choice: if you don’t enlist in the Turkish army, we’ll conscript you into ours. He chose the former, and was killed by a British bomb near Istanbul within a few months of the birth of Perla, his third child. His death set a precedent: his firstborn, Muis, would be the only member of his family to die of natural causes. 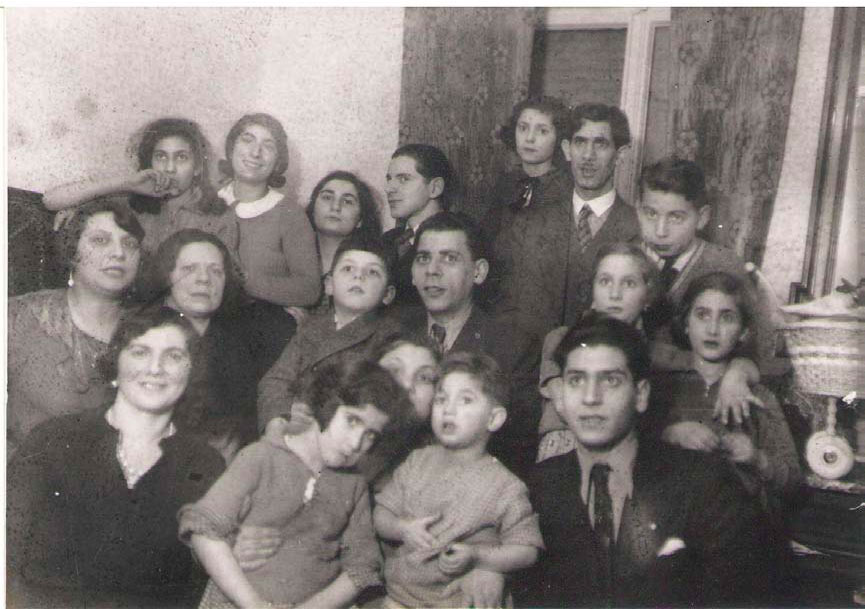 Though Muis remained stateless until he became a Belgian citizen in the 1950s, he had little difficulty in becoming part of the society his parents had brought him to. As a speaker of Ladino – the language of Sephardic Jews – he had to repeat his first year at primary school, but on one memorable occasion soon afterwards he was held up as an example to his classmates. After he and every other child in the class had been beaten for agreeing with the teacher’s statement Der Lehrer lehrt, he suddenly realised an essential distinction: Nein, der Lehrer lernt! The rest of the class was beaten for a second time for being too stupid to understand what the only foreigner in the class had understood.
As a young man, Muis worked with his uncle selling and repairing Persian carpets from a shop in Joachimthalerstrasse. And some years later, in Belgium, his ability to speak like a true Berliner would save his life. So, too, did the fact that the Nazis had no specific orders to arrest stateless Jews born in Egypt. 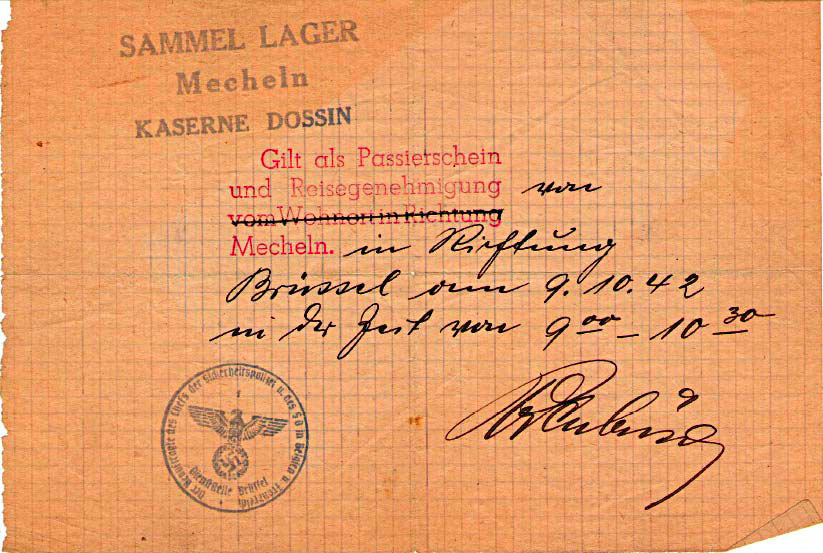 Later, Muis inevitably looked back on Berlin with pain, but also with pleasure: it was his town, and had always accepted him. It was not a town of anti-Semites. Anti-Semitism came from outside: “It was Hitler who made me a Jew,” he said. After Kristallnacht, Muis realised he must leave Germany. By then, his mother had long had a new partner, a fellow Turkish Jew, Josef Mentesch, and five new children: Lisa, Rebeka, Rachel, Rosa and Albert. Did they, too, consider leaving? We will never know. 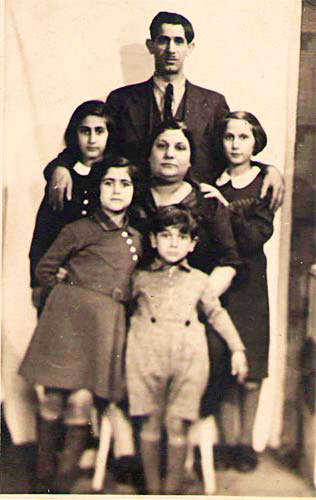 Muis’s attempted departure came in January 1939. But he was betrayed by the Luxembourgeoise border-runner who had made the arrangements, and was arrested at the border station. She had advised him to carry very little money; if he were searched, he might be suspected of smuggling currency. He therefore carried a very small sum – which the Gestapo used to pay the taxi fare to the police cells.

In February or March, he arrived in Dachau. Luckily for him, he remained there only until May. He owed his release to his closest cousin, Rachi Meschoulam, who had been authorised to emigrate to Palestine, but then transferred her authorisation to him. She then left clandestinely from one of the northern ports. Her family laughed as they bade her farewell at the station. “You’re making a fuss about nothing – you’ll be back again before long,” they told her. She never saw them again.

Muis returned to Berlin in June 1939. On 6 June, the British embassy gave him a visa to enter Britain en route for Palestine, and the Belgian embassy granted him a transit visa “sans pouvoir y faire volontairement arrêt” – without the right to remain voluntarily on Belgian soil. 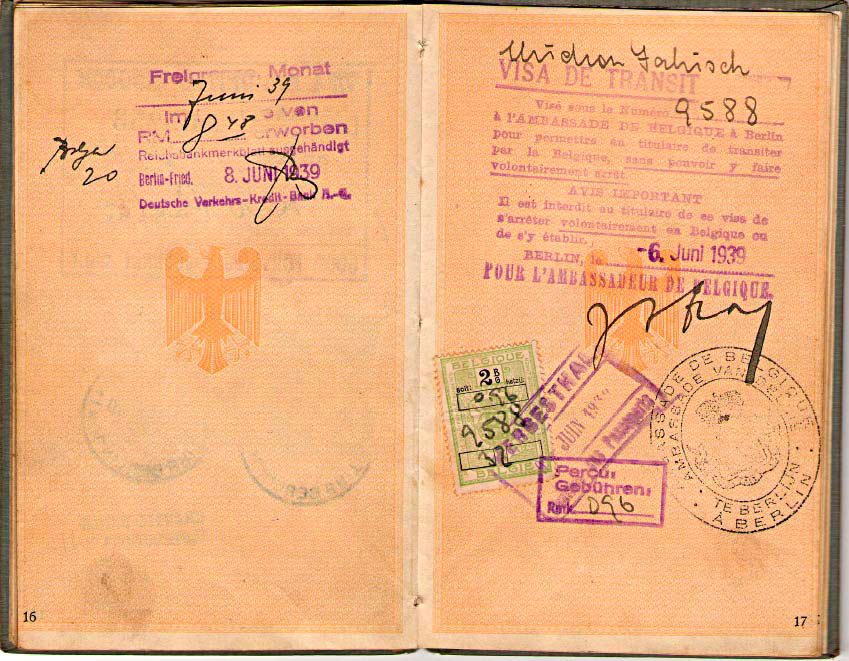 He left Berlin soon afterwards. Due to a body search on the German side of the border, he missed the connection to the train that would take him to the Channel port. He never got to England, and remained in Belgium for the rest of his life. But what of the family he left behind? While he received a few Postkarte from Berlin – all written by his sisters, as his mother could write no German – these could never reveal the full story. 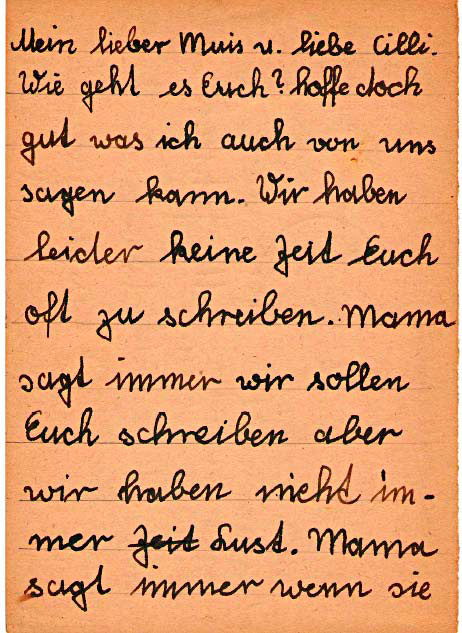 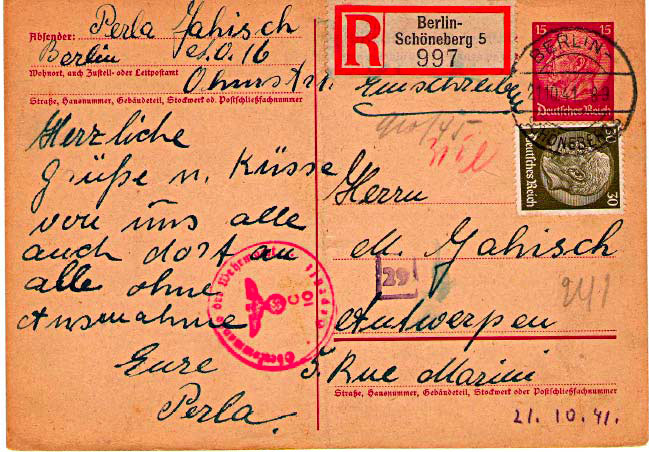 On 21 October 1941 his sister Perla sent him a new contact address in Berlin. In all likelihood, they never stayed there: three days later, they were deported from Grunewald to the ghetto at Lodz (Litzmannstadt).

Muis received one more card, now lost. It was from his family, who had arrived in Lodz, and said they were well. They were allowed to receive parcels. Muis sent parcels, but never received a reply.

The remaining nine members of his family were murdered at the death camp in Chelmno (Culmhof) on 13 May 1942.

In June 1989, fifty years to the month since his departure from Berlin, Muis returned, hoping to discover where his family had died. He was unsuccessful. Until the end of his life, their fate was unknown to him. 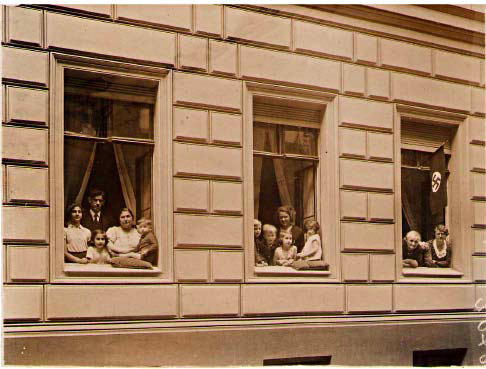 For the last time, he also returned to Ohmstrasse – then still in the East, which required him to pass through Checkpoint Charlie. To disguise the fear he felt when confronted once again by police in green uniforms, he blamed his son-in-law for bringing him on a stupid trip which he hadn’t even wanted to make.

The house in Ohmstrasse was still standing, but was difficult to identify. As for Luisenstadt, it had changed almost beyond recognition. But the Jannowitz Brücke was the same as ever, and Muis was cheered to see that people still leaned on its railings, watching the green waters of the Spree flow beneath them, just as they always had.